Teaching Children HOW to Think, Not WHAT to Think

Nearly two decades ago, I had a conversation with one of my first-grade students that I still think about every President’s Day. During the month of February, we studied two presidents: George Washington and Abraham Lincoln. In addition to the significant roles they both played in our nation’s history, they both were born in the month of February.

After learning that George Washington led patriot forces to victory over the Kingdom of Great Britain in the American Revolutionary War, one of my students asked,

“Why didn’t George Washington and the King of England just play Rock-Paper-Scissors to decide who got the land in America? The same thing would have happened and no one would’ve had to die.”

Seven-year-olds can be so much more insightful than we give them credit for! I mean, he was right. Rock-Paper-Scissors could have ended this debate in a much neater, quicker, safer way than going to battle. That is, of course, assuming George Washington and King George III clearly established how many rounds of Rock-Paper-Scissors they would play before they began!

But then, after learning that Abraham Lincoln abolished slavery during his presidency, this same student was very quiet and deep in thought. When I asked him what he was thinking about, he shared,

“I don’t think Rock-Paper-Scissors would have worked for this one.”

“Because,” he paused, “you have to change the way people think.”

I mean, come on! How incredibly perceptive is that!?! He was right, this situation was far more complicated than deciding who would own and govern a piece of land. Our nation’s founding fathers struggled with this issue, too.

Let’s start with Thomas Jefferson, the Founding Father who originally wrote the words “All men are created equal” in our Declaration of Independence. Thomas Jefferson wrote these words, and he was a slave owner, something that even he recognized as a contradiction. George Washington stated publicly that he was opposed to slavery. However, he too was a slave owner and, as a political figure, Washington prioritized national unity over the abolition of slavery. Abraham Lincoln shared many times that he had always seen slavery as unjust. And just like my student, Lincoln spent a very long time considering what the solution might be for slavery, recognizing the complicated nature of the problem.

For nearly 20 years I have thought about my student’s insightfulness. I think what most impressed me about this interaction was that this student wasn’t simply regurgitating beliefs on a complicated topic. But rather, he was using the skills that his parents had equipped him with to think about things for himself. He was telling me his own conclusions in his own way.

He highlighted the important role we have as parents to teach our children how to think, not what to think. It is our job to teach them to think critically about situations, looking at multiple viewpoints, and considering the impact of change on different variables within a situation.

“A foolish person will believe anything. But a wise person thinks about what he does.”

This may sound complicated, but I assure you that it is likely you are already doing better than you think! If you’ve ever observed your child learn to eat, you’ve likely witnessed the game “what happens if I drop something from my highchair,” during which your child experimented with cause and effect. If you’ve ever been busy and unable to come to your child’s immediate assistance, you’ve provided him with the opportunity to solve his own problem. If you’ve ever engaged in a conversation with an endless string of “WHY” questions, you have given your child space to consider the complexity of her topic of interest. If the cancellation of activities during the pandemic has given your children extended free time, you’ve provided your child with time to practice making choices, planning his time, and creating something from nothing.

At Fearless Mom, we never want to add to your to-do list, instead; we want to help you be more intentional with what you are already doing.

Here are a few more ideas on teaching your child how to think:

There is a well-known parable that I think parallels this topic well: 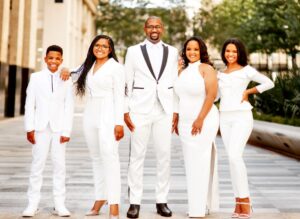 We were honored to have Stephanie Carter, affectionately known as “Lady Carter,” join us for a wonderfully candid, encouraging, and […] 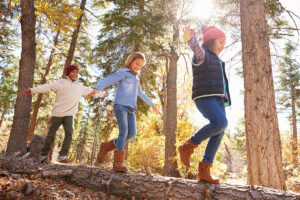 There is a very popular saying that reads: “What if I fall? But, oh my darling, what if you fly?” […] 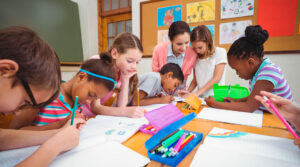 Nearly two decades ago, I had a conversation with one of my first-grade students that I still think about every […]

Read More
Back to Blogs